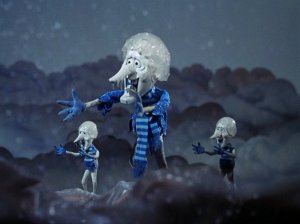 Here they are in no real order. Yes, I do realize that Santa didn’t make the list.

Rudolph the red nosed reindeer-A little goofy at times, but he was a kid. A decent enough hero and the star of a great special.

Abominable Snow Monster/Bumble-He was mean at first and wasn’t seen much until the end, but the threat of him had me remembering his name and eyes since the first I saw Rudolph.

Snow Miser-The special may have been called The Year without a Santa Claus, but let’s face it the stars of the show were this icy guy and his hot headed brother Heat Miser.

Mayor of Southtown (The Year without a Santa Claus- “Snow? In Southtown?” Just getting to use that on my southern friends in college helps him make this list.

Mrs. Claus (Year without a Santa Claus)-Easily my favorite Mrs. Claus and my favorite member of the Claus family from any of these specials. they just never quite did Santa right for me.

Frosty the snowman-Okay, so he is animated which isn’t as cool, but a likable character and a good story.

Professor Hinkle- The clumsy magician who was so mean to Frosty.

Winter Warlock-He looked pretty rough until he warmed up in Santa Claus is coming to town. Probably my favorite character from that special.

There you go. Maybe you loved the Little Drummer Boy or Nestor or the long eared donkey or for some reason you liked Twas the night before Christmas cartoon. Feel free to add on what characters you liked from Rankin-Bass Christmas specials. 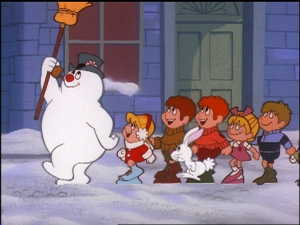 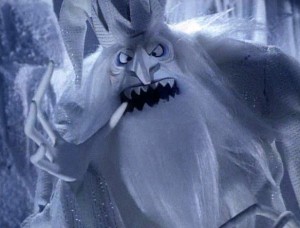