I see some of the terms that people use and wind up at this blog. So I went and looked at the whole list for the year. The top term was Godzilla, no surprise there. Then my blog name was actually searched. After that various searches using these were used-Vincent Price, Star Trek, Wonder Woman and The Starlost were some of the top ones. Then there were quite a few looking for various sci-fi and horror characters minus their clothing. Then there some that I listed below with the search term first and a smart mothed comment that I just added.
escaped convicts invasion rape farm fantasy-Maybe this was this person’s own fantasy?
how many people die from alligators each year-Here they were searching for something realistic and they were probably brought to my review of The alligator people. Serves them right.
leprechaun 4 jessica collins pants ripped-Yes, I did review that movie and know of that part in the film.
movie about a guy hunting the devil with a laser gun-I don’t know what this but now I want to see it.
real ships-You know real ones flying around in missions in space and not that fake sci-fi stuff.
whats the sci fi movie with hanging obese monsters-I don’t know and I don’t think that I want to know.
grabbing boobs at the blarney stone-um, I have no idea.
meat eating monsters eating people-Instead of those vegetarian monsters who just chew on a person and spit pieces back out.
scary movies I’ve never seen-Yes, because the internet can read your mind.
growing up catholic in the 1970’s-No clue how this lead them here. 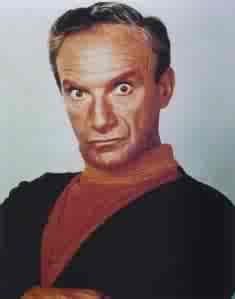 Ah, yes it is time once again for another insult. This week my dear friends it is Neanderthal Ninny. So spare me the dire doubts, just trust Zachary Smith and use this insult on a deserving subject.