England’s Amicus films made a number of horror and sci-fi flicks between the early 1960’s and the mid-1970’s. They were the rival of Hammer films. Amicus were know for their horror anthology films and they mad seven of those, but they made other films as well. Here are some posters for some of their movies. 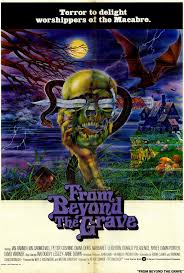 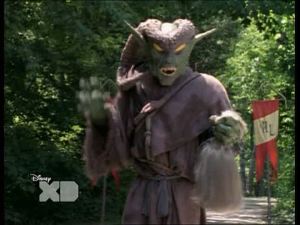 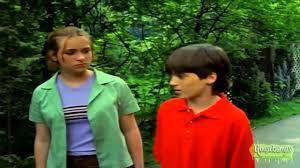 So the Morris family are on a vacation and lost in the crumby car with no A/C. Whoa bummer, dude. So they somehow end up in this parking lot out in nowhere at a theme park called horrorland. Hold on there, hoss you are telling me they stumble upon a theme park out in the woods and don’t question it? Oh, well it’s gets better. The worker at the park appear to be dressed as monsters. The Morris family decide to kill some time and go to the park. So scatterbrain Luke and sour Lizzy go  to such attractions as the lose your sibling mirror room and lets go down the river in  a closed coffin water ride. I think they had more proper names though. Along the way they see kids who don’t seem happy. The parents drink some nasty drinks run into other families who don’t act happy. So they try to track down their kids. They do and hope to leave, but get offered a chance to go on a game show with a shot of winning a car. So they forget about their kids almost getting killed, the frantic other parents, the fact that these are real monsters and decide to do the game show so they can try to win a car with A/C. The game puts the parents against the kids so the Morris family forget all about everything else and try to win a car in front of any audience of monsters. The kids get worms tossed on them, but it’s all okay because the parents want that car. They eventually get into a wheel of fortune type game and when as mom solves it as being “The Morris family is lunch”. Yeah, they win, they win..wait “is lunch” ? Yikes the monsters mean to eat them! So the family runs away into the woods trying to escape. They see their car through the fence, but can’t get through. They search and find a hole in the fence, but the monsters are right on their heels. They slip through, get to the car and eventually drive off. The end…oh no wait the monsters stuck a remote control thingie on it so they make it go where they want. The monsters send the car to the edge of a cliff where he hangs so maybe they live or maybe they don’t and boom the episode ends that way. Oh, man now you have to use your imagination to decide what happened. Roll the credits.

The negatives-I think I saw this when it was first on liked it, but the special effects have not aged so well in a mere 17 years.

The positives-I like the story and it worked well to do it as a two parter. The monsters look good and the humor goes over well enough. I particularly like the monster commercials they show in between the game show. This was one of my favorite episodes of this show.

A sad note is while looking up information about this episode I learned that Kirsten Bishop who played Mrs. Morris died this past spring from the lung cancer from the way to young age of 50. She was also in Visiting Hours, They came from within and had a number of other credits over an acting career that went almost 40 years.